William H. Walker (1841-1904) had his portrait rendered in stained glass for the back of his mausoleum, which is the sort of thing you can do if you have the money to put up a large Ionic mausoleum like this one. 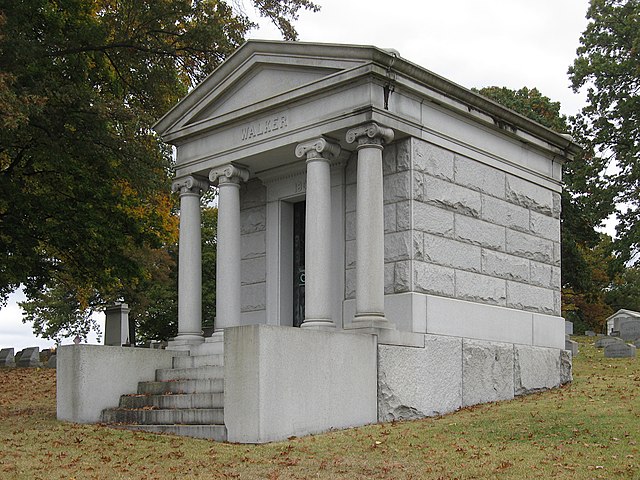 These matching monuments have been a little damaged by time, but still make an impressive pair. Mary’s has a profile vignette that looks as though it is meant for a portrait of the deceased. Small as it is, it is a fine piece of work. 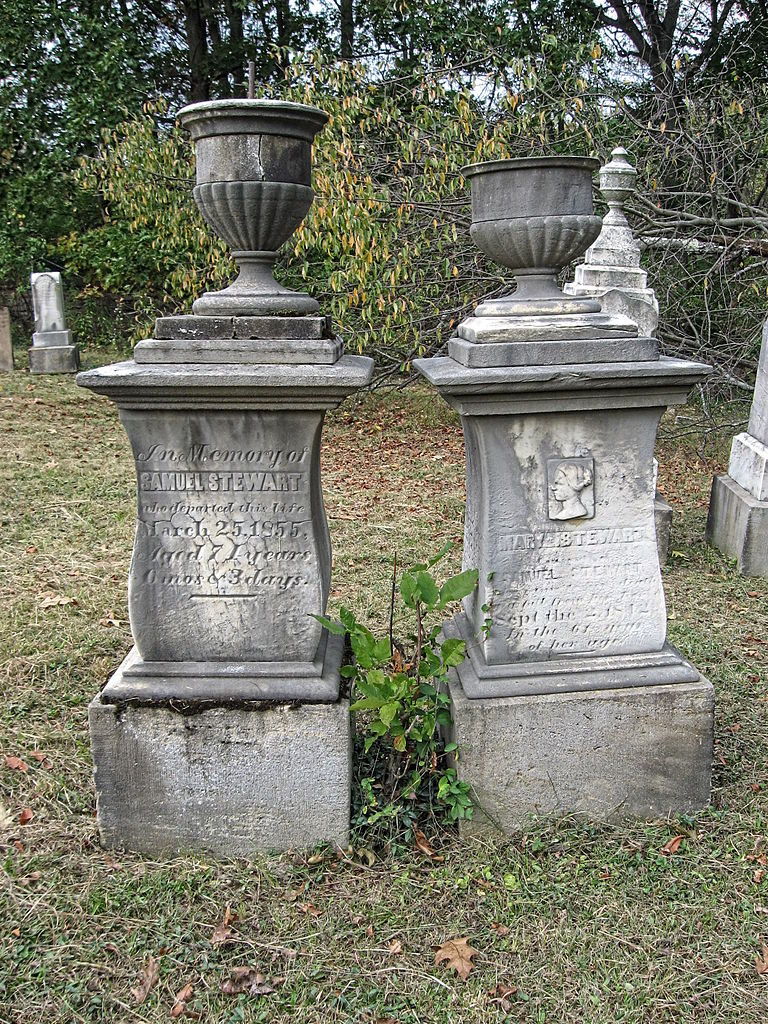 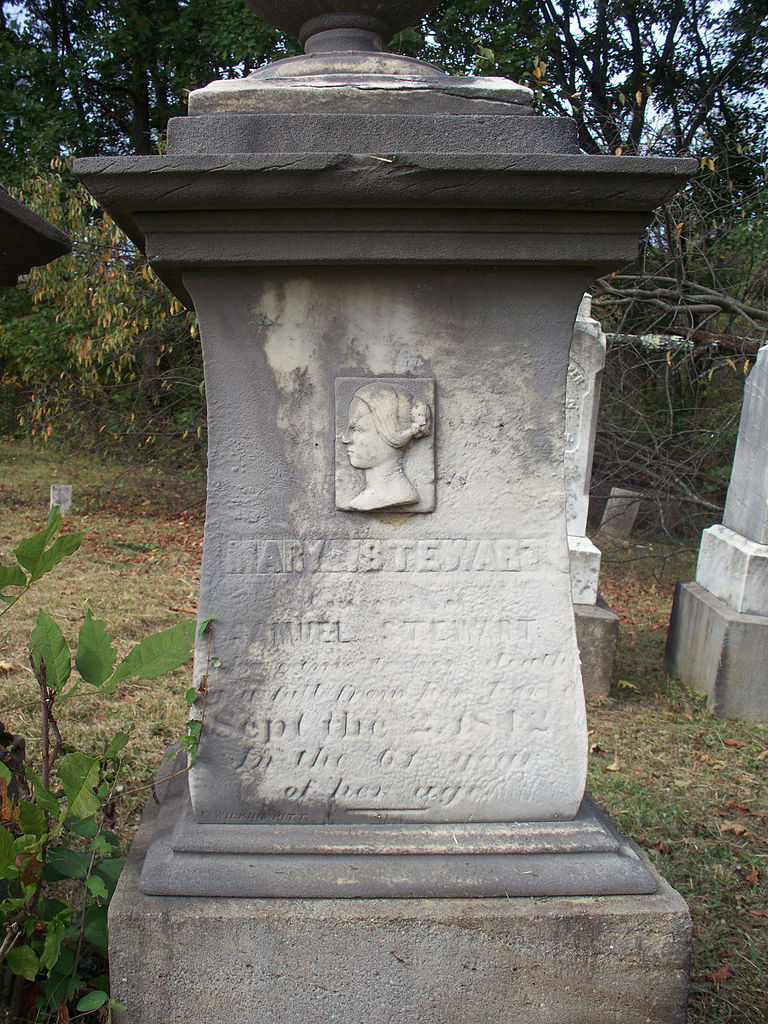 Father Pitt was not able to read the entire inscription. In fact Mary’s monument is covered with inscriptions on all sides, most of which seem from the form of them to be poems or hymns, but which have been made illegible by the gradual erosion of the marble. We can, however, read the signature of the artist: “Ed. WILKINS PITT.”

On the back of the monument is another profile, smaller and much more eroded than the one on the front: 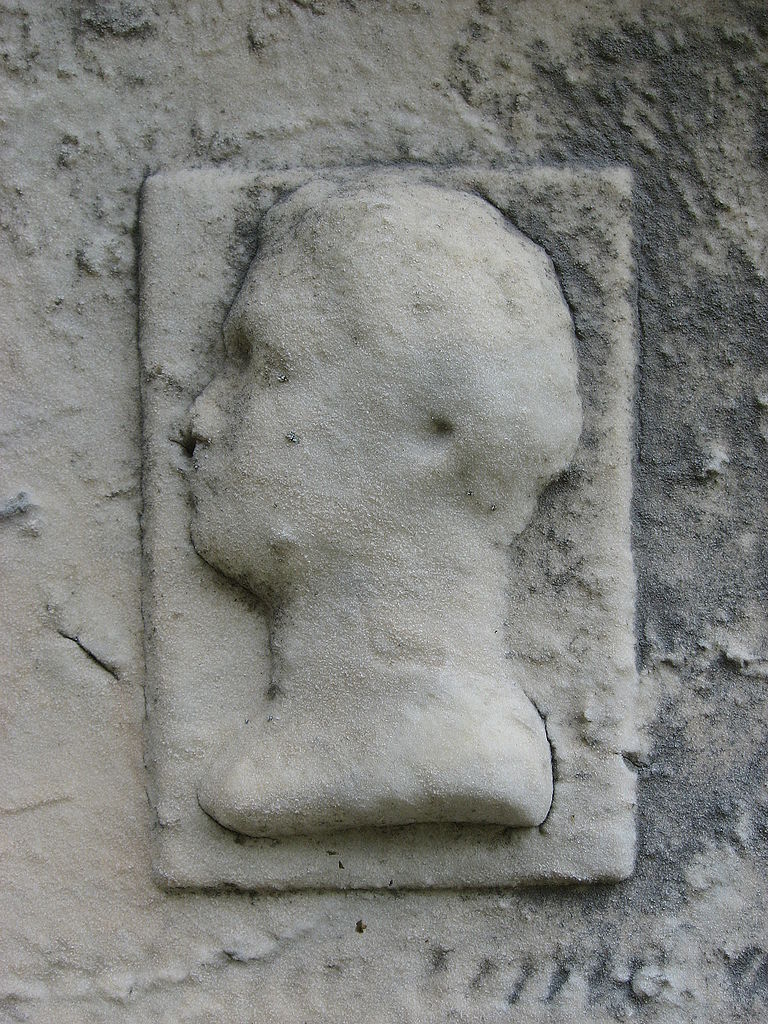 Father Pitt suspects that it may represent a son who died in childhood.

Henry Marie Brackenridge, son of the famous Hugh Henry Brackenridge, founded the borough of Brackenridge, and his family has an honored place in the middle of the circle at the entrance to Prospect Cemetery.

The obelisk once bore a number of inscriptions, but they are almost obliterated by time.

Henry Marie’s own grave is marked by a very modest headstone. Father Pitt was not able to read the epitaph, although it might be clearer in morning light.

Cornelia Brackenridge McKelvy, on the other hand, who died in 1882 at the age of 29, has a very expensive grave with a life-size statue. Is it meant to be a portrait of the deceased?