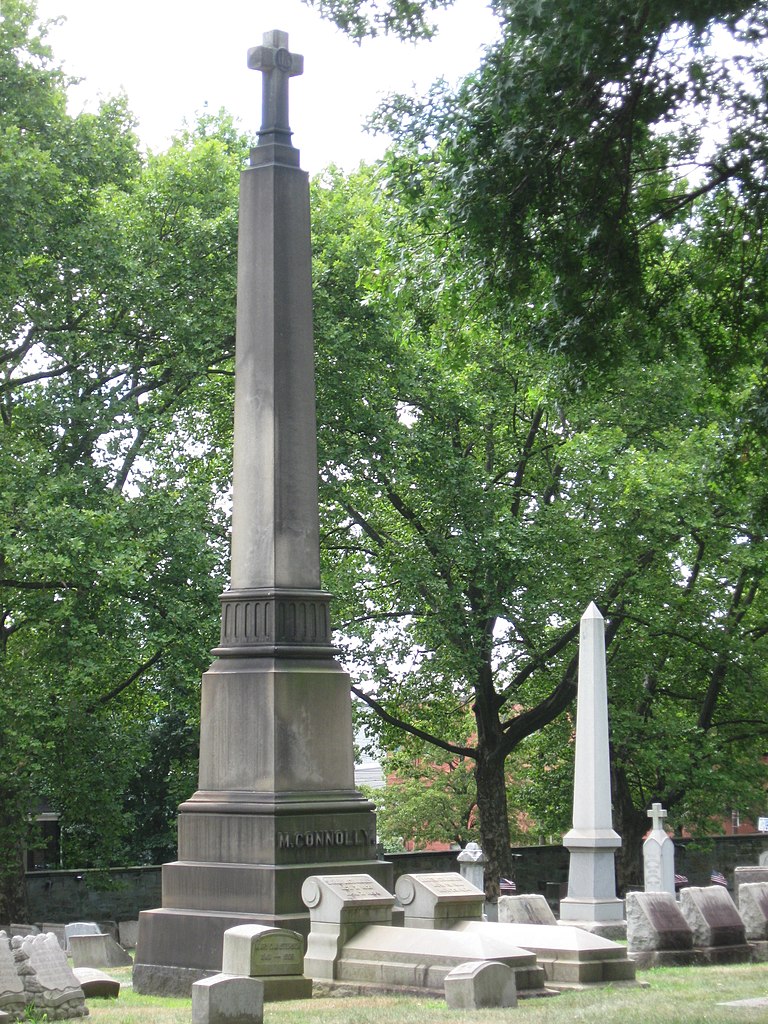 It is common in Catholic cemeteries to see a monument that in all other respects would be called an obelisk, but that terminates in a cross instead of a point. Obelisks in Catholic cemeteries are seldom left without some Christianizing symbol to exorcise the demons of paganism. This one was probably put up in 1874, when Martin Connolly died.