James Boyer died in 1889; there seems to be plenty of room for other inscriptions here, but none added yet.

Old Pa Pitt always wonders how much snickering there was at the monument dealer’s when this order came in. This is a typical Victorian obelisk with the dangerous pointy end heavily shrouded. Behind it is the even taller Adams obelisk. 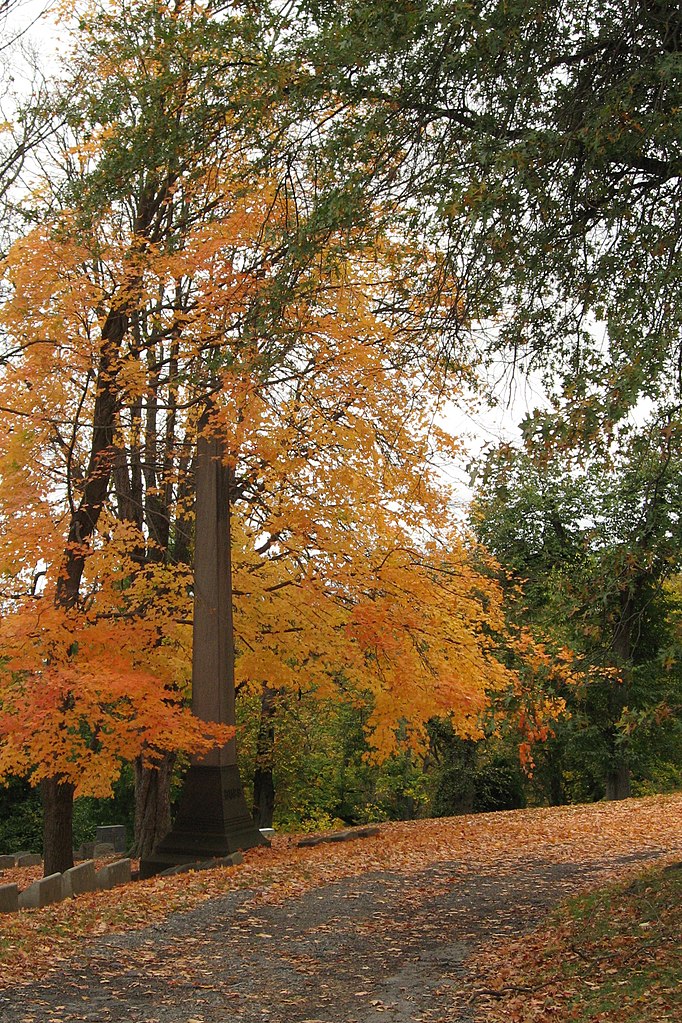 A typical obelisk from the late 1800s; Rebecca Bubb died in 1896, and Father Pitt suspects that is when the obelisk was raised. It is mostly an excuse to show off a glorious maple tree. 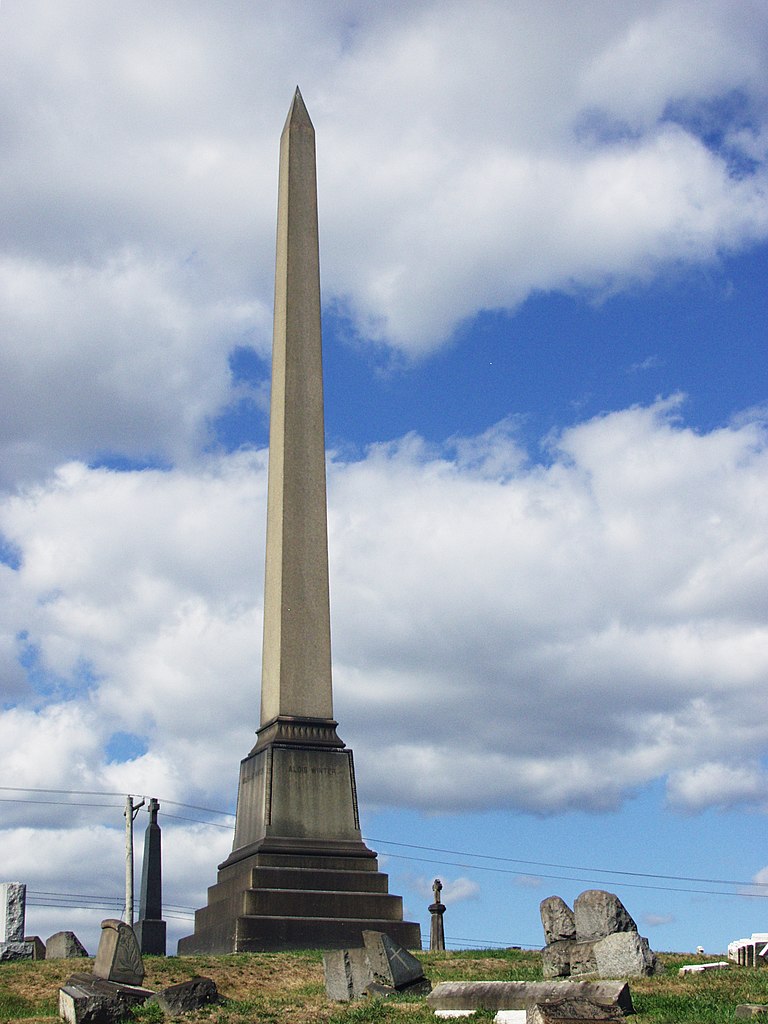 This is an absolutely immense pointy thing; one site claims it’s a hundred feet tall. That is surprising enough in a little German Catholic cemetery in the middle of a city neighborhood, but the bigger surprise is that nobody is buried here. According to this page, the Winter Bros., Bavarian immigrants who founded a successful brewery on the South Side, bought this plot in 1889 and put up this towering obelisk, and then went and died somewhere else. Each of the three brothers has his name inscribed on one side of the obelisk: Michael, Wolfgang, and Alois. 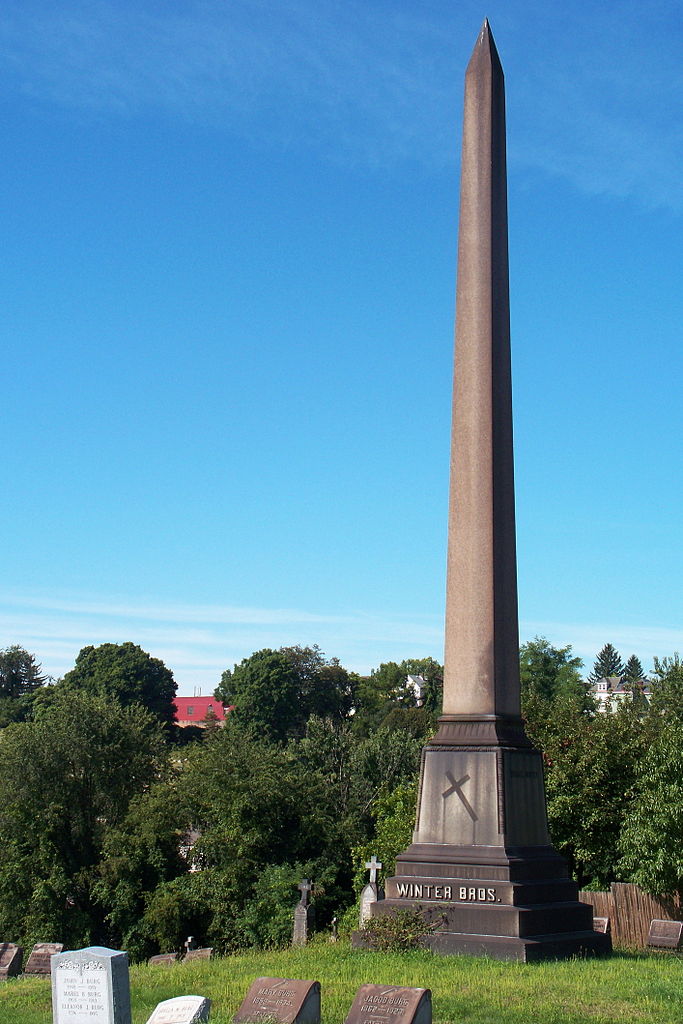 Two identical obelisks side by side suggest that the families were related, or associated in some other way. The Berg obelisk probably dates from the late nineteenth century; perhaps 1886, when the cemetery opened, since the oldest Berg stone here is from 1876, which means that it would have been moved from the cemetery’s previous location in Troy Hill. The Etzel obelisk was probably put up at the same time, though Father Pitt was unable to find any individual Etzel stones as old as the obelisk obviously is. The style of these obelisks is restrained, with simple bases enlivened by classical foliage ornament. 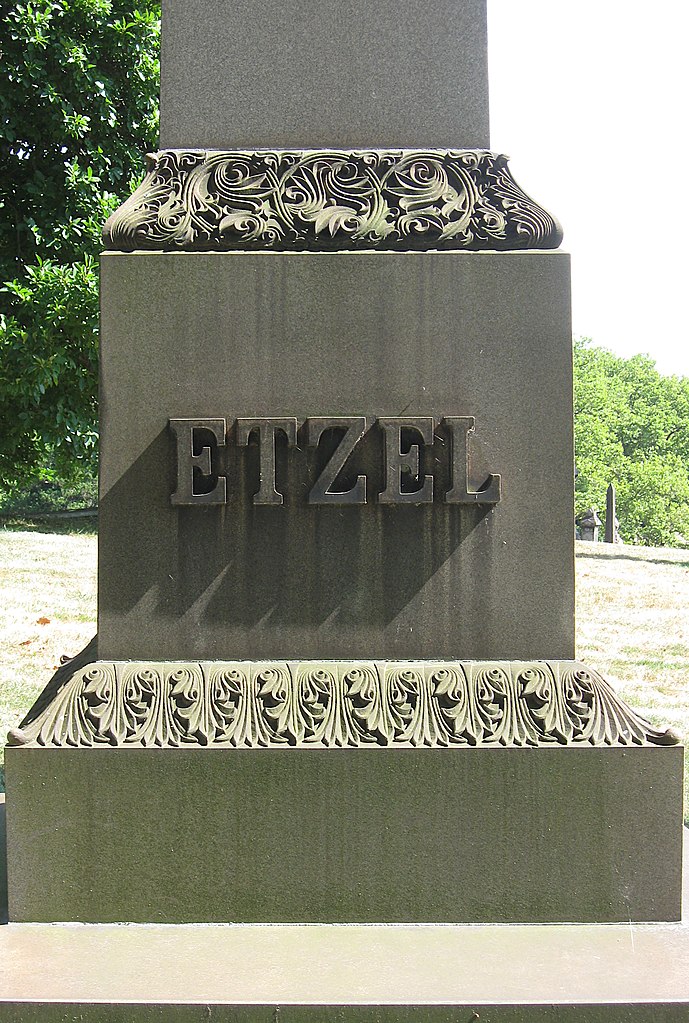