A particularly well-preserved monument in the romantic style of the 1860s, with two poetic epitaphs.

Come, children, to my tomb and see
My name engraved here.
Remember, you must come to me.
Be like your mother dear.

IN
memory of
RICHARD COULTER
who departed this life
May 4th 1821, Aged 22 years
——— Long, long expected home, and lo:
Home he has scarcely come,
Till he is summon’d and must go
To his eternal home.

This is a fairly well-preserved tombstone from nearly two centuries ago, and that is of course interesting enough. The most interesting thing, however, is the poem, which is from a collection of poems by the very obscure James Meikle, this one being headed “On a gentleman who died after his return to his family from foreign parts, after an absence of twelve years.” The poem itself is dated 1768, but it was kept in manuscript until after the poet’s death in 1799. The only edition of the posthumous poems of Meikle Father Pitt has been able to find is one published in Pittsburgh in 1819, two years before the death of Richard Coulter; so that we know with near certainty that whoever specified the epitaph on this stone had read it in this particular book. 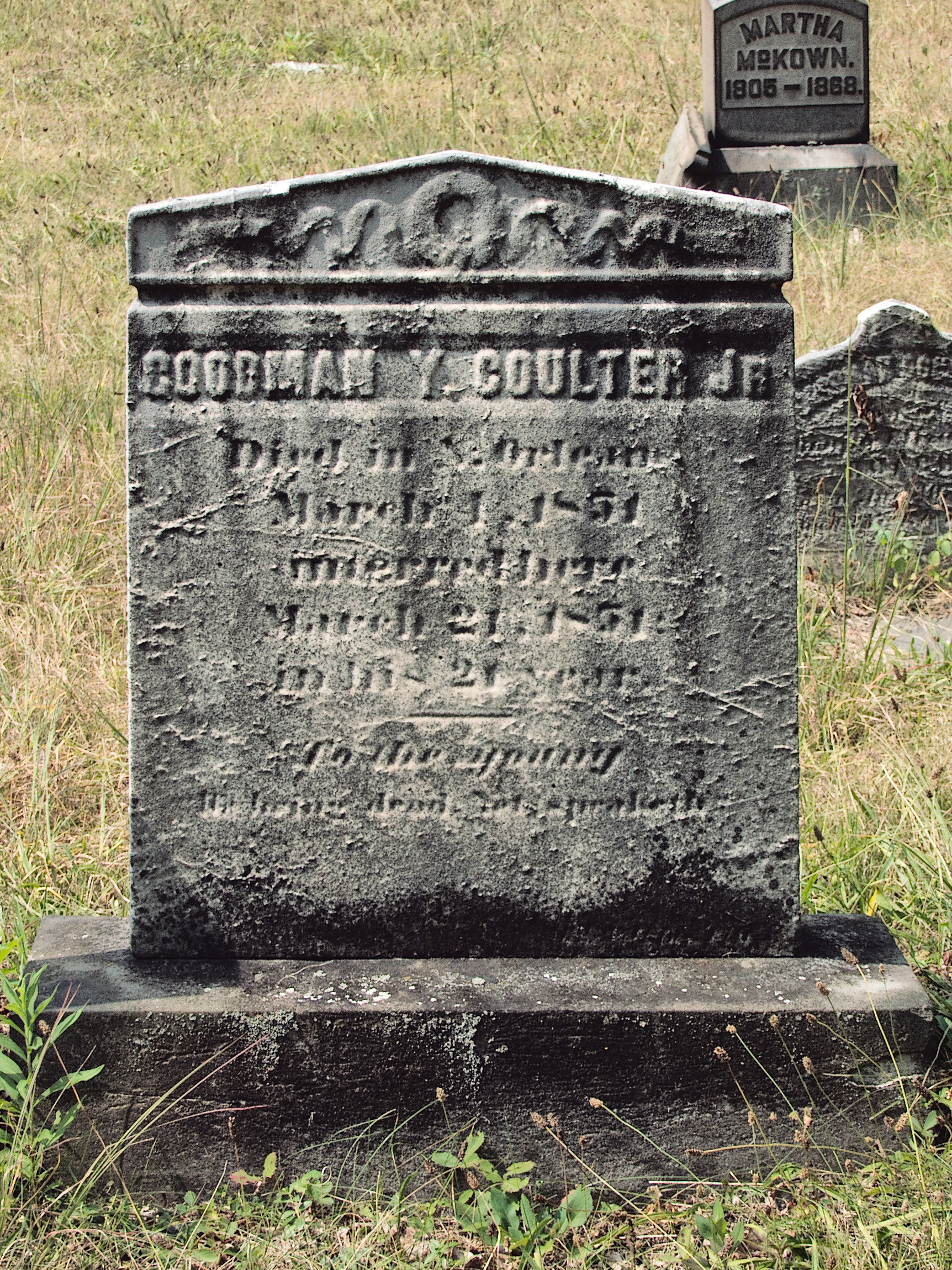 A good example of the style of the 1850s; it must have looked very modern beside the traditional tombstones of ten years earlier. “He being dead yet speaketh” is a quotation from Hebrews 11:4.