Two early-settler graveyards at opposite ends of Canonsburg have tombstones inscribed by some of the same local craftsmen. One of them, who worked in the 1830s and 1840s, is very easy to identify by three obvious quirks of his style:

In addition, if you paid him well enough, he was capable of some fine decorative folk-art reliefs. 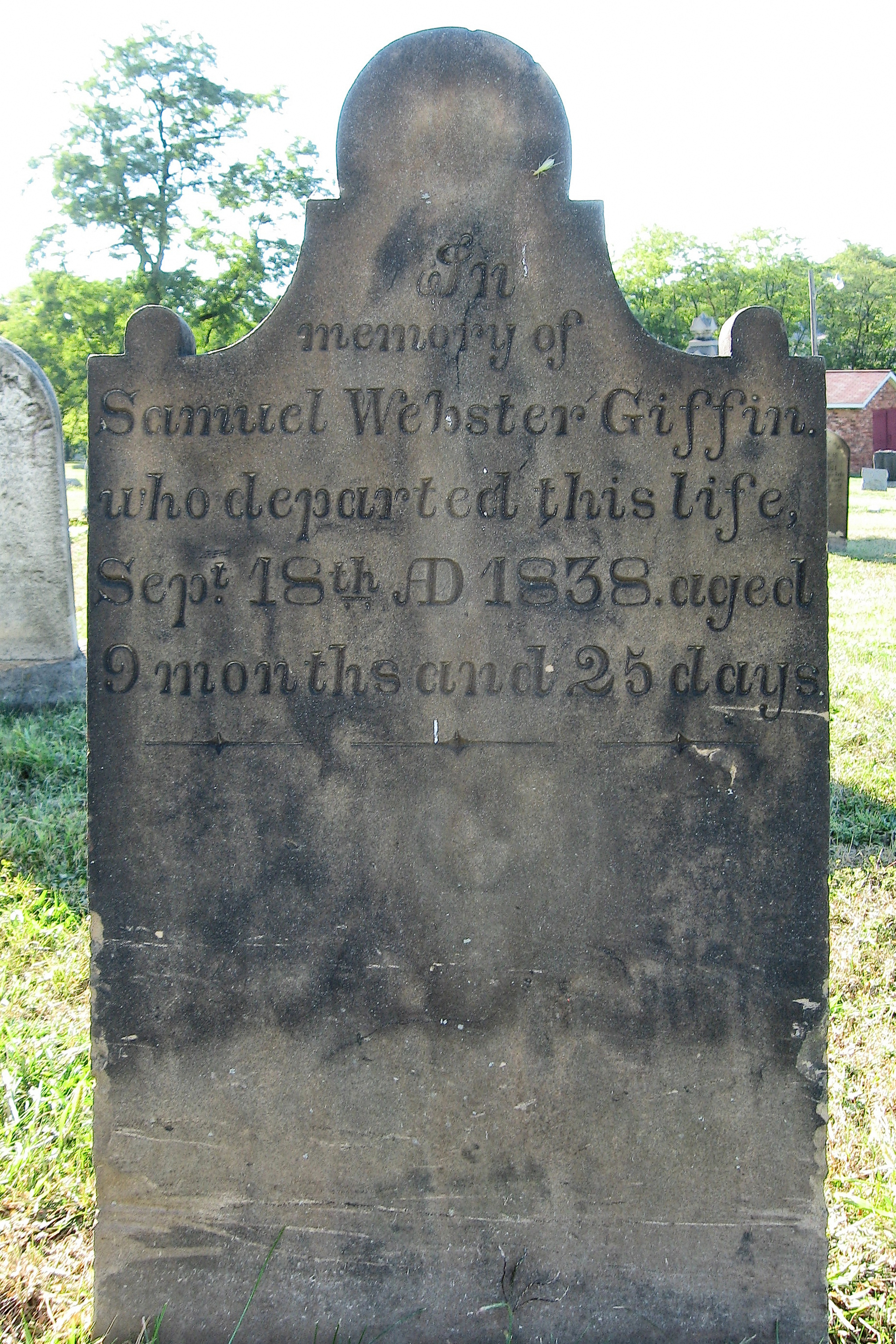 Following his usual method of naming anonymous craftsmen after a distinguishing characteristic of their work, Father Pitt will call this artist the Master of the Curlicue I.

To round out the Giffin family plot, we include one broken tombstone done by a different craftsman: 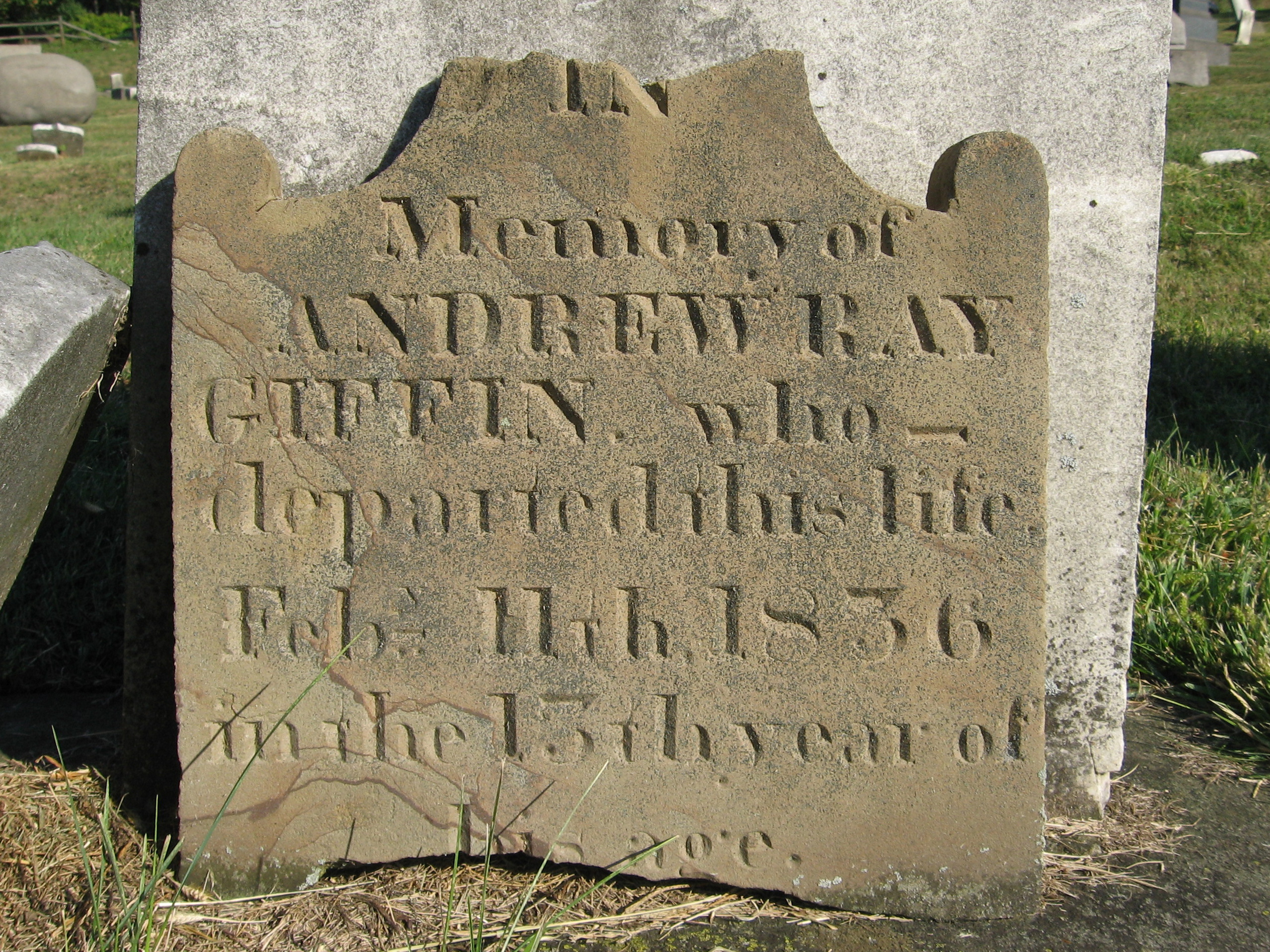