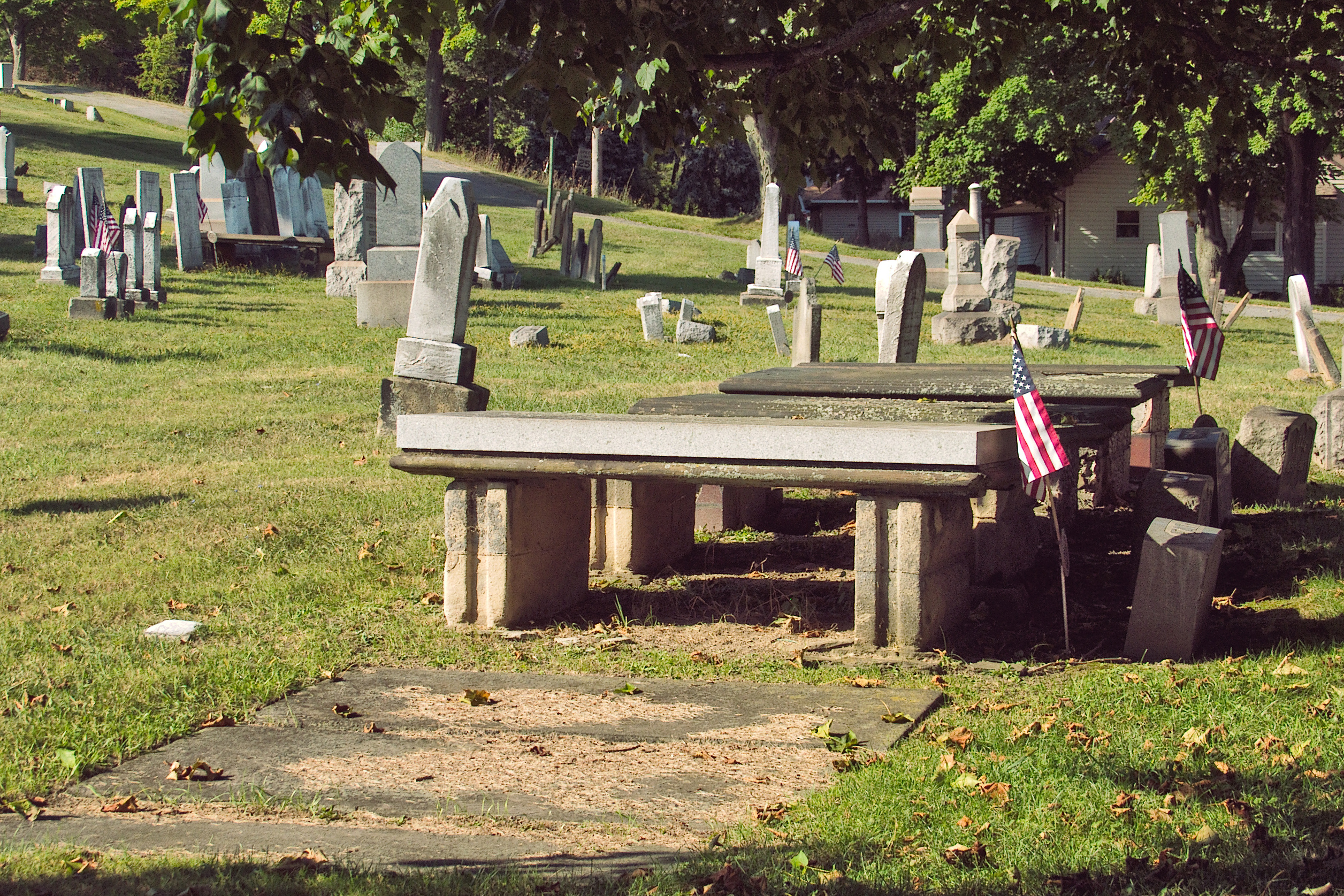 Oak Spring Cemetery in Canonsburg has a number of slab stones elevated into table-like structures—an arrangement common in some old cemeteries. Obviously the props under these stones are newer than the stones, but they may have replaced older ones that were original. Old Pa Pitt simply doesn’t know whether these slab stones were always elevated or whether graveyard caretakers elevated them later, when they began to vanish under the ground. 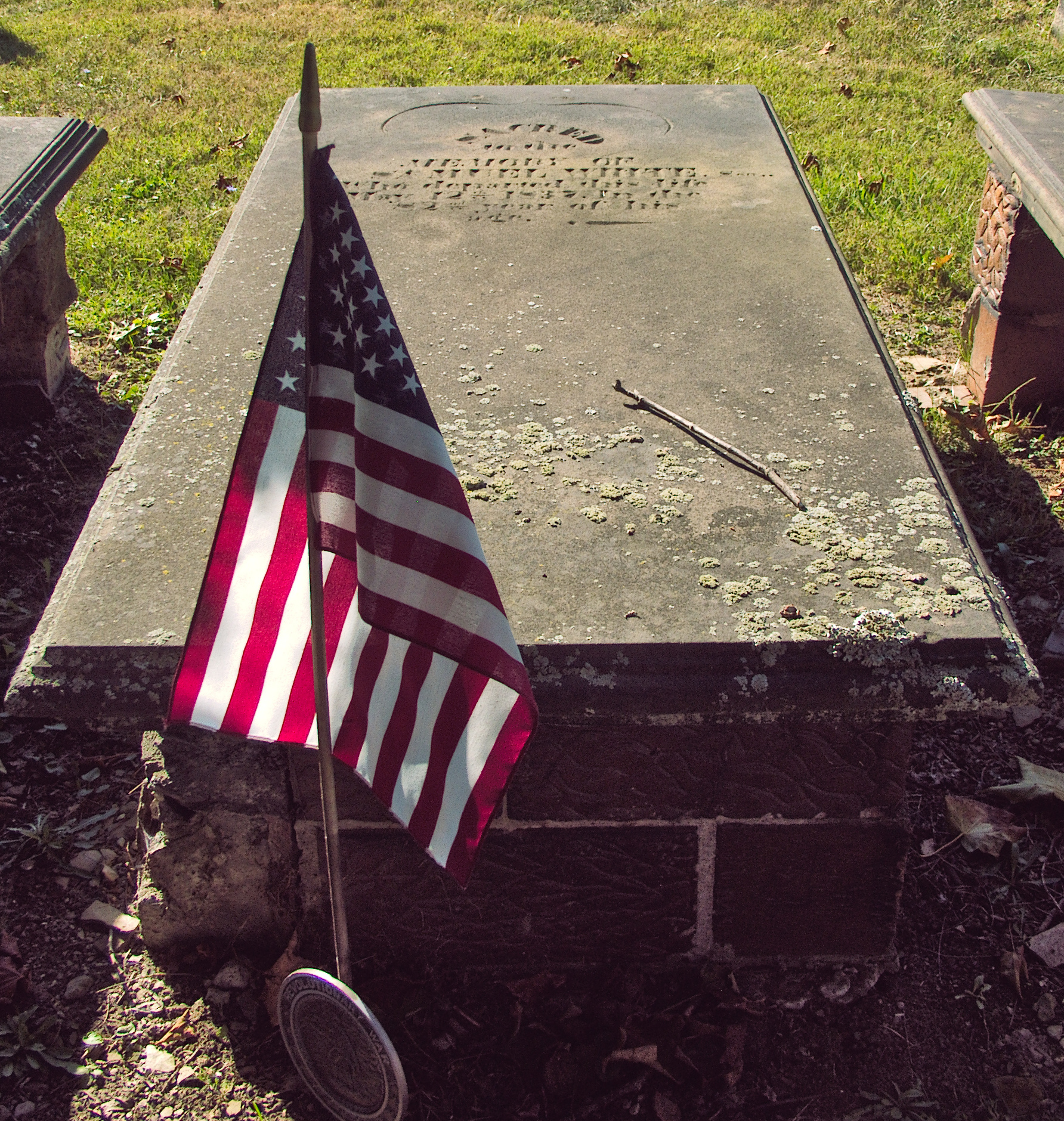 SACRED
to the
MEMORY OF
SAMUEL WHITE
Who departed this life
May 12th 1837, In the
82nd year of his
age.

Samuel White, Sr. was a veteran of the Revolutionary War. He married a considerably younger woman named Mary:

SACRED
to the
MEMORY
of
MARY WHITE
wife of
SAMUEL WHITE
DIED
JUNE 12th, 1841 in the
76th year of her age.

In the short time between the death of Samuel in 1837 and the death of Mary in 1841, a new fashion in tombstones had swept over Western Pennsylvania. Samuel’s is a simple slab stone of the sort that had been made here since the late 1700s, but Mary’s is in what Father Pitt calls the “poster style,” with each line in a different style of lettering, like an advertising poster of the same era.