This is almost certainly a marble pedestal for a large urn, now missing. By the style it looks as though this monument dates from about the time Katharina Wilbert died in 1875, which is a quarter-century before the foundation of the cemetery; so old Pa Pitt suspects it was moved here from another site. German inscriptions, common elsewhere, are unusual in the upper-middle-class Mount Lebanon Cemetery. 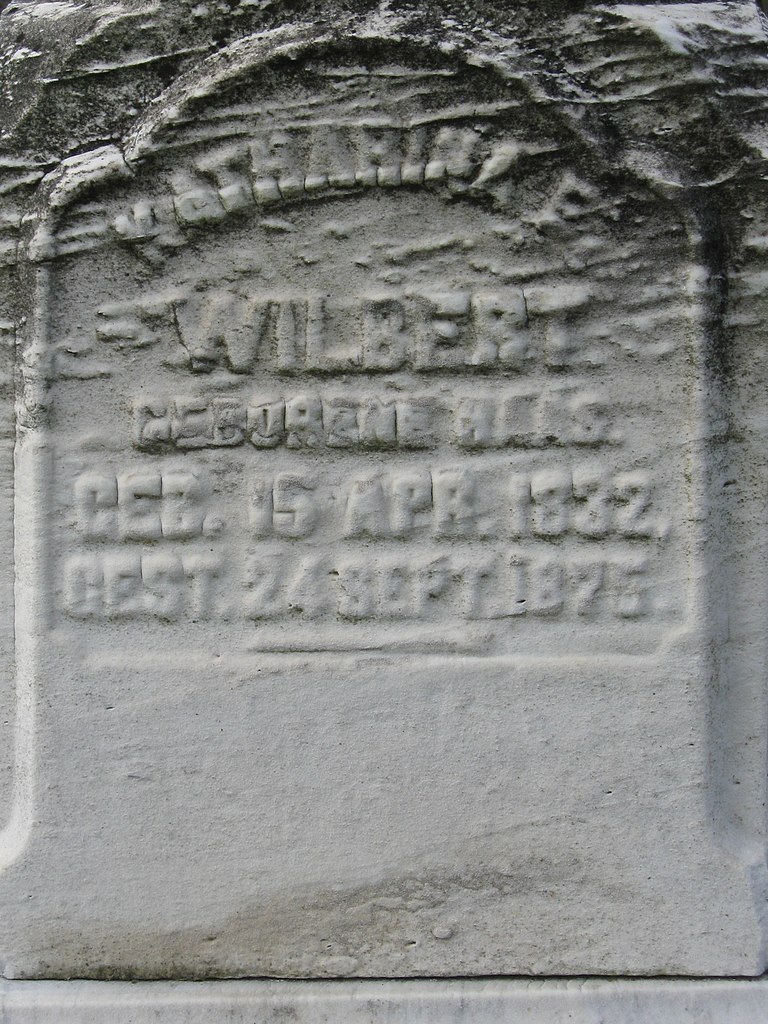 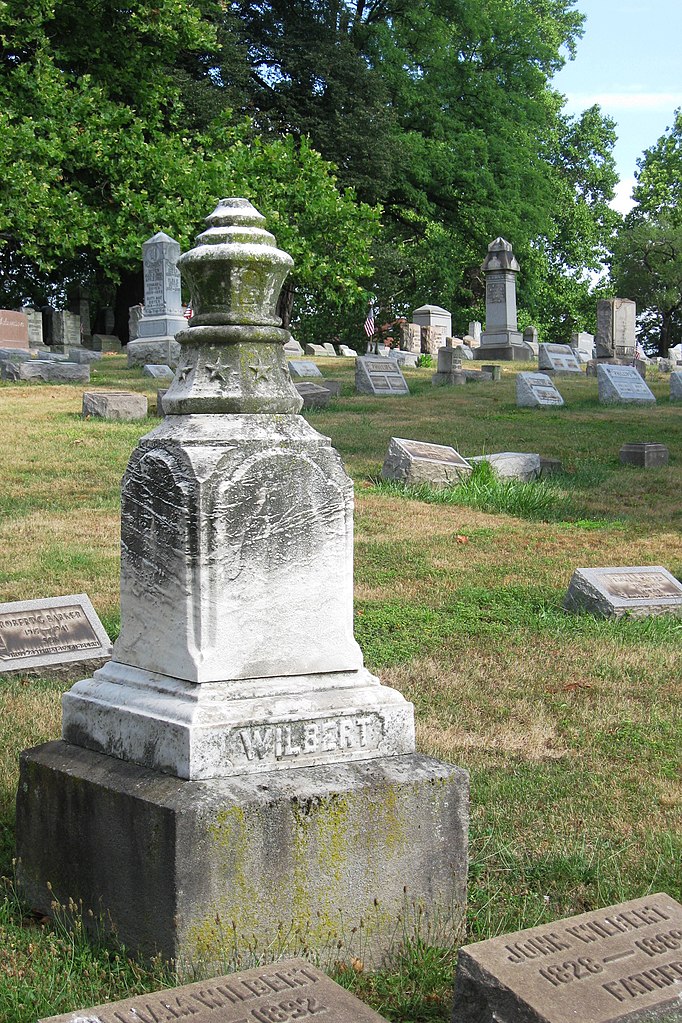