Readers who have explored this site know already that Father Pitt collects zinc monuments. They were mass-produced and considerably cheaper than stone monuments of equivalent size, so that they were often condemned as tasteless and excluded from cemeteries for the better classes of dead people. But they live up to the zinc monument vendors’ extravagant claims: they are as permanent as bronze, or more so, and could be bought in a huge variety of shapes with interchangeable reliefs on the panels.

Here is one of the more modest zinc monuments Father Pitt has found, but it is very well preserved, though many of the stones around it are eroded and illegible. 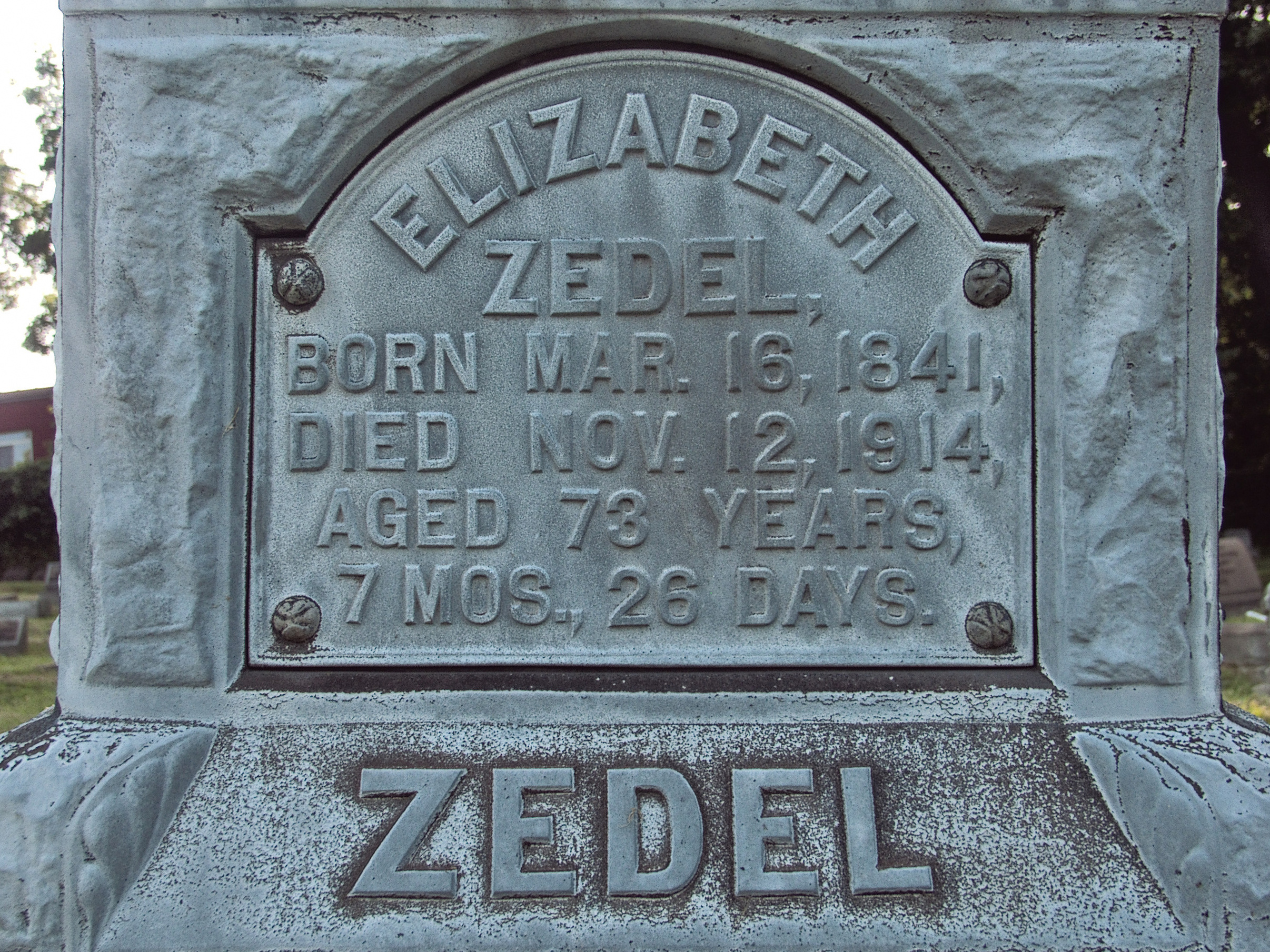